I happened to stumble across a local author on Facebook and through her learned of a whole bunch of other authors local to me. I also learned that at the Great Plains Renaissance Festival in Wichita, Kansas there would be a Kansas Authors Pavilion. It was the first time I have ever displayed my books in public and to say I was nervous leading up to it would be an understatement. In fact, once I signed up to be there I panicked. I had no idea what I needed and to top it off, there were going to be people there! Like real live, in person people there. I like being a wall flower. I tend to be reclusive (brown recluse spiders and I have a lot in common. We like to stay hidden and bite anyone who invades our space too much) Never the less, I was determined to do it.

I was so worried I was going to be late to the set up time I ended up being one of the first authors there.

And this being Kansas, of course the wind decided to blow in great giant gusts. Davis Sickmon, the man who put it all together, spent most of the day trying to keep our tent from flying away. Suzanne Dome, another author that was there described the tent being battered by the wind quite well as,  “A jellyfish with asthma.” It wheezed, it sucked the tarp walls in, it blew them out. The tent poles kept trying to come out of the ground and one point the whole tent filled up with so much wind we thought it was going to leave us for Oz.

Even so, I had the best time. It was fun. I enjoyed not only meeting the other authors there but also the people that stopped by my table. It was so much fun I’m already looking forward to the fall when they have the ren fest again.

And of course, no post like this would be complete without pics. Some are mine and some are those taken by the other authors there. (in the group pic, I’m second over from the left in the black shirt with purple designs on it, and yes I’m aware that the winter has made me ‘fluffy’) 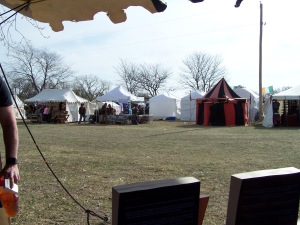 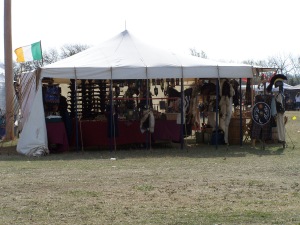 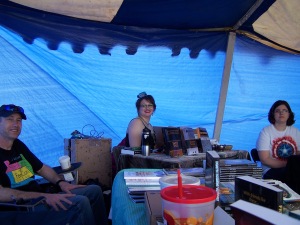 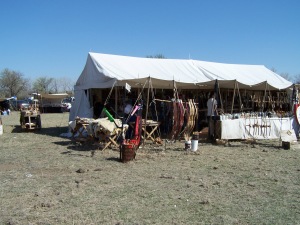 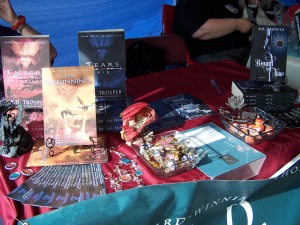 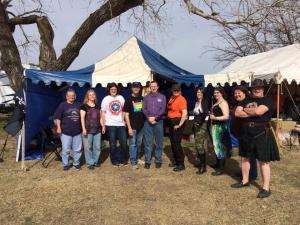 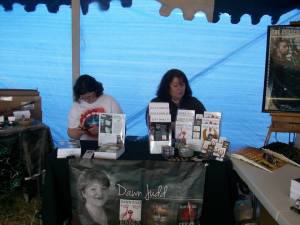 12 thoughts on “My First Author Table”